to be featured on VideoChannel 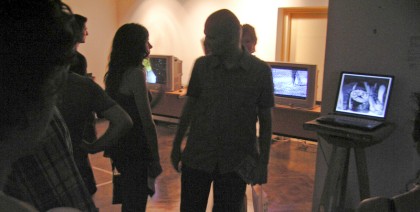 namaTRE.ba project is established in Trebinje 2006. First part of this project, exhibition was screened at Fine Arts Academy in Trebinje on march 2007. This project is independent platform for contemporary art and its focusing on video//contemporary shortfilm// performance// photography and new media arts. 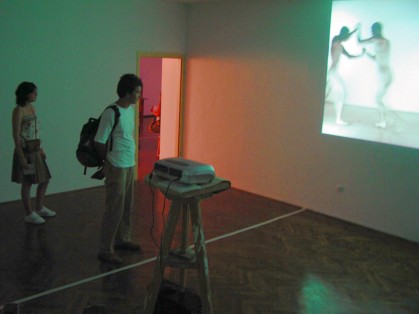 The name of the project “namaTRE.ba” which means “we need” is actually a pun or a wordplay. The very idea and the name of the project “we need in TREbinje” speaks volumes about how much we need an event of this kind. Year 2007 namaTRE.ba I project was presented in Pilsen, Czech Republic at Mazhausen Pilsen Gallery. namaTRE.ba 2 is a video project which presents
video, film and performance as well as experimental-collage mix new media works dealing with the eternal civillisation issues and problems, only this time within the given circumstances of contemporary social paradigms. 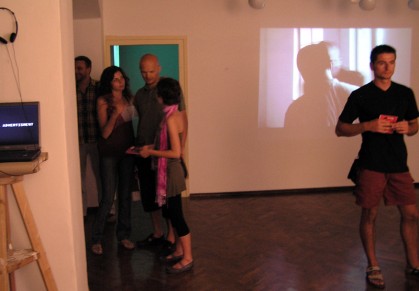 The video project namaTRE.ba does not aim to become a large-scale international exhibition of significance, but to present annually
the works of artists from the region and from the territories of the former Yugoslavia, as well as from the European and a wider global context which deal with the exploration of the art media and the field where this media exists.
Year 2007 first namaTRE.ba 1 project identified and set boundaries on the scope and possibilities within the local context, the town of Trebinje, and last year second namaTRE.ba project is set to become an
international and a traditional video festival.
namaTRE.ba 2 has a thematic character, light motif is the human body. Most of the selected works deal with the problem of the human body and the mutual relations between bodies and their perception/reception. One group of works deals with this issue explicitly whereas another group treats the issue indirectly. The body as organism, the body as figure, the body as discourse, can be interpreted as an organic system, as an organ or the body of a whole which has or does not have a certain function, as a phantom limb, as an expression or reflection of a specific spiritual state of an individual / collectiveness. Last year, short selection, of namaTRE.ba II project was presented in Orebro, Sweden at Konsthall Orebro Gallery. This year 2009 upcoming namaTRE.ba 3 project will be presented in June in Cologne, Germany, as a part of a Video Channel. 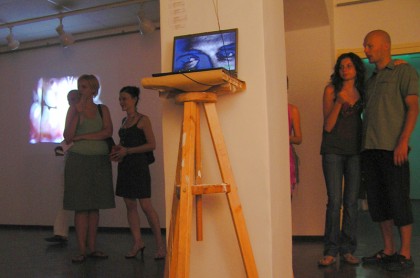 The history of video art begins at the exact moment when televisions are placed in sets as sculptor installations in a diapason ranging from a video sculpture to video installations, where in a way, video art in high style becomes a mainstream manifestation in museums and art galleries in the world. Through the history of video art numerous artists dedicated their work to experimental research and development of an aesthetic language which was built on the fact that the electronic medium has its own specific
characteristics, often avoiding the form of narrative and journalistic conventions which, on the other hand, aim to offer a specific linear linguistic comprehension of the moving image.

According to the poetics of the new media, a piece of work is read into and comprehended as a mutually dependent arrangement of a recipient’s body and the very work of art. According to the recent definitions of the poetics of the new media, a work of art has be come a flux. Flux as a flow of energy. The flow of energy or the intensity that a piece of work has on the body and vice versa. Flux between the body and the piece of work as a complex relation between situations, events, relations and flows in which various process esare involved, the bearers of the process as the systems of artificial and organic reactions or reflections. 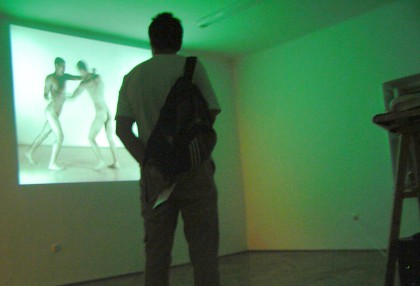 In the meantime, mankind has become immune to the moving images of pain, suffer ing, degradation and brutality since it is being exposed to them via information canals of contemporary society. It has become too boring. It has been realized that the attention span, the possibility for visual perception, is progressively declining and the appetites for
new visual sensations are increasing exponentially. The possibilities for raising the levels of knowledge and perception as well as concentration are constantly experiencing erosion by fluxes of interference signals. Equalizing the importance of all images on the air creates a state of visual entropy where everything is in movement, in fluctuation, and theim
ages in rapid shifts lose or gain in their importance and meaning. What dominates is the ene rgetic pulsing of all visual media within which it is very difficult or hardly possible for video art to find a firm base from which or opposite which it stems, because in this reality it is all about appearances and phantasms. 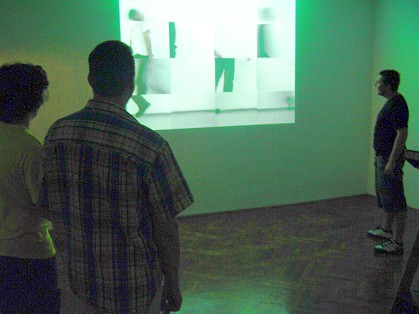 Consequently, the new media art and digital art present visual challenges for the classical notion of film or a piece of video work. Delez and Gatari offered an image of anoccurrence involved in a work of a machine. What they offered is the theorization of the impact of the work itself opposite what the work can offer. They also offered a shift in the interpretation of the meaning: a harsh exposure of the body to the impact, instead of an intellectual coding and theoretical decoding of public, intimate, artistic or any other meanings.