The festival is founded, organized and curated by a team of contemporary Greek artists, who are all linked with Kalamata since childhood. It is an independent organization, supported by Kalamata’s Historic Centre Organization, the Messinia Chamber of Commerce and the Municipality of Kalamata. 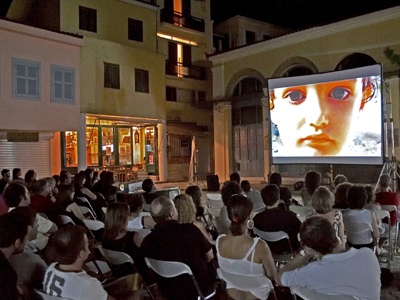 The main purpose of the festival is the free presentation, promotion and development of Greek and international video art and new media art, in times dominated and defined by “image” and “technology”, creating a new, alternative, peripheral meeting point for emerging and established video and media artists from Greece and all over the world. Under the motto “Start from zero!” we also invite students, young artists and creators from other backgrounds to participate dynamically in our events.

Since 2005, the year Festival Miden was presented for the first time in open spaces of Kalamata’s Historic Centre -starting literally from zero!- it has been gradually established as one of the most successful and interesting video art festivals in Greece and abroad and has been a significant point of cultural exchange for Greek, European and international video art.

During the last five years, Festival Miden has been presented annually every July in Kalamata, and also has presented screening programs, exhibitions and collaborations in Athens, Argos and Larissa in Greece, while collaborating with various art groups, art schools, artspaces, organizations and other festivals in Greece and internationally. 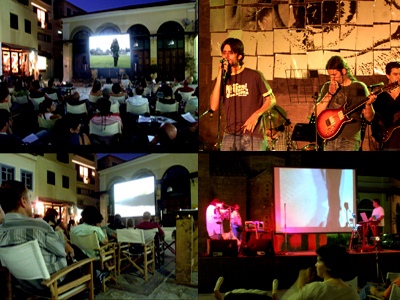 Festival Miden is an initiative action, taken in order to promote and develop alternative and free expression at times where visual arts and media play a more and more dominant role.

The main axes of Festival Miden is Video Art which is presented not just as a different mean of expression for many pioneer visual artists but also as an easy and effective tool for public creativity. A potential that derives mainly from the free use of modern visual media, which offer an easy access to everyone. 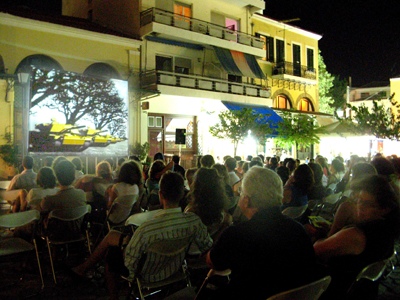 Through a variety of activities and events, Festival Miden hopes to become the pole and the foundation of a new artistic extroversion that will be inspired by the critical observation of everyday life focusing on the role of the individual as the centre of life itself.

The main objective of this initiative action is the stimulation of the community to freely develop its artistic dimension independently, away from any type of intervention.

The first Festival Miden was presented in open spaces of the Historic Centre in Kalamata, at 8, 9 and 10th of July 2005. The three-day events included a two days video art screening program at Amfeia’s square and a musical concert -featuring Messinian Jazzteat, The Freak Brothers Band and Mellotron- at Agii Apostoli, both areas of the Historic Centre of Kalamata.

The screening program included 44 art videos of various techniques and styles, created by forty video artists from all over Greece and abroad. The audience of the first year’s organization embraced the Festival not only with its lively presence but also with its support by all possible means.

In its first realization, Festival Miden was supported by Kalamata’s Historic Centre Organization, The Messinia Chamber of Commerce and the Municipality of Kalamata and co-operated with Athens Video Art Festival and Fournos-Centre for Digital Culture. 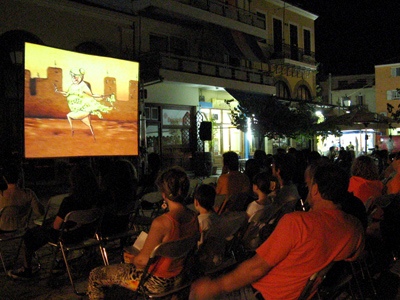 In its second realization, which took place in public spaces of the Historic Centre in the city of Kalamata in July 2006, Festival Miden presented 3 days of screenings and events.

The three-day program included a two days screening program at Amfeia’s square (Thursday 6 and Friday 7 of July). There were presented 71 art videos, created by 68 video artists and groups from Greece and abroad.

The third day included a special screening of “The Approaching of the Hour”, a dinsticted documentary film about the Greek English-speaking Pop/Rock music scene, directed by Gratsiella Canellou, followed by a VJ musical concert featuring “Alloiosis” group, at Agii Apostoli (Saturday, 8 of July 2006). 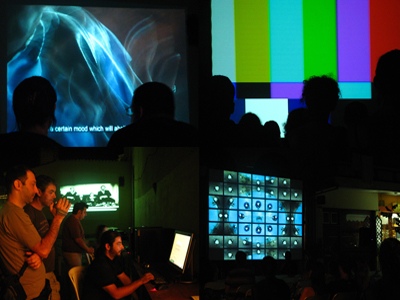 More than 500 artists, groups and video creators from all over the world submitted their works for the screening program of Festival Miden 2007, which took place in public spaces of the Historic Centre of Kalamata, from 5th to 7th of July 2007.

Festival miden 2007 focused on contemporary video art and was realized in collaboration with the Municipality of Kalamata, with the support of Kalamata’s Historic Centre Organization and the Messinia Chamber of Commerce.

The central program in Amfeia’s Square included 6 thematical screenings and tributes. A parallel screening, with 3 more theme programs, was placed in a nearby open area of the Historic Centre. 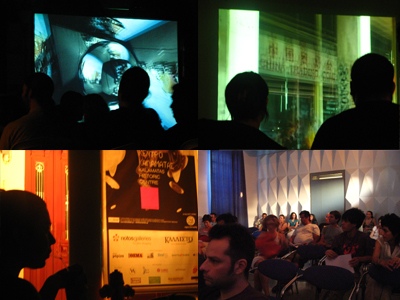 Video Art Festival Miden 2008 took place in public spaces of the historic centre of Kalamata (Amfeia’s Square), from the 4th to 6th of July 2008.

In its 4th realization, Festival Miden presented 205 works from various artists from over 40 countries, aiming to a global presentation of the most interesting contemporary video art practices and trends.

For the first time, the festival presented, along with its main video program, interactive works and internet projects.

The program included thematical screenings and tributes, interactive projects, student works and a special tribute to Manthos Santorineos, Professor in Athens School of Fine Arts and a pioneer Greek media-artist.

Festival Miden 2008 was a co-production of “Sea Level” (urban, non-profit company) and the Municipality of Kalamata and was realized with the support of Kalamata’s Historic Centre Organization and the Messinia Chamber of Commerce.

(Find all previous editions at www.festivalmiden.gr/prevfestival_eng.html) 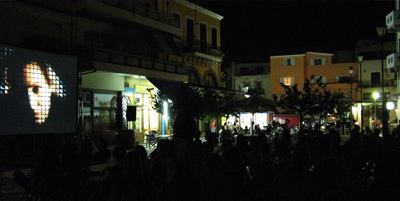 For the upcoming 5th edition (which will be presented early July in Kalamata, GR), Festival Miden has announced the following special theme programs:

This year, the festival will celebrate its 5year presence in Greek and international art and culture by presenting also a selection of the best videos shown in the previous editions of the festival.

The festival has also announced the presentation of 2 screening programs curated by Agricola de Cologne (Cologne OFF and VideoChannel director) and will also present the new compilation of Globalscreen “Simulations”.

Other parallel events, seminars and lectures are also scheduled in the frame of Festival Miden 2009.

For news and announcements visit www.festivalmiden.gr

VideoChannel is very proud to release in May 2009 “Video Prints” , a curatorial contribution of Greek video art by Gioula Papadopoulou, who is curator of the Greek festival of videoart “Festival Miden” in the city of Kalamata.
Enter this feature —> here , or go to –>
http://videochannel.newmediafest.org/blog/?page_id=247.