Manipulated Image has been a pioneering program in bringing a global community of experimental video artists to Santa Fe, New Mexico, in the USA. It presents experimental short videos that have few, if any, alternative venues in Santa Fe. Curator, Alysse Stepanian, culls fresh and innovative work from local, national and international artists, for unique programs that offer a sampling of current movements and conceptual frameworks in video art. Many of the videos presented are Santa Fe, US, or world premieres.

These screenings feature experimental short videos by artists that explore the innovative use of technology and software to manipulate image. Guest artists discuss the concepts behind their work, and the way they digitally transform images to achieve their personal vision. Past screenings have presented diverse work within contexts that have allowed fresh discoveries about the possibilities of video as a creative medium. 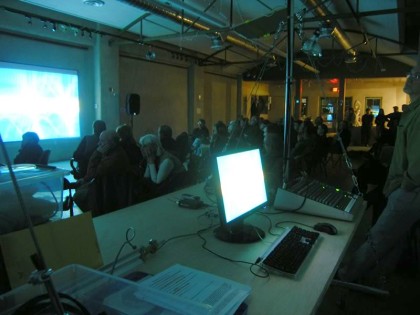 Manipulated Image seeks new screening venues and online and offline partnerships in an effort to expand its local, national, and global audiences. From February 26, 2009 to April 2, 2010, Manipulated Image held its events at the Santa Fe Complex. During this period, this program hosted 22 guest video artists, who discussed their work in person. It presented work by 102 video artists from 25 countries (5 continents), and live and online performances by 15 artists. Two of these programs presented live cinema performance, and one took the audience on a tour of virtual art on Second Life. In a special MI program in April of 2009, pioneers of video art, Steina and Woody Vasulka, made a two hour historic presentation from the Vasulka Archives.

Past MI screenings have presented diverse work within contexts that have allowed fresh discoveries about the possibilities of video as a creative medium. For example, in the July 2009 screening, work presented ranged from experimental music videos to the philosophical questioning of the meaning of life. Los Angeles filmmaker and spatial reconstructionist, Scott Pagano’s work flowed into London-based artist, Yuko Takemura’s mysterious video tableaux, and Gerald Guthrie’s animations replete with technical mastery, humor, and philosophical depth. These works were connected with a sense of intensity deeply ingrained in each artist’s approach.

Manipulated Image has exposed local audiences to culturally diverse mix of ethnicities. It has increased worldwide opportunities for local artists by giving wider exposure to their work, and has provided a venue for artists from around the globe to have their work shown in the US.

In May of 2010, “Absence||Presence” “Ausência || Presença” co-curated by Stepanian and Kika Nicolela of Brazil, will bring work by 19 artists from Brazil and around the Globe to the Cinematheque at the Center For Contemporary Arts In Santa Fe. Other future screening venues will be announced soon. 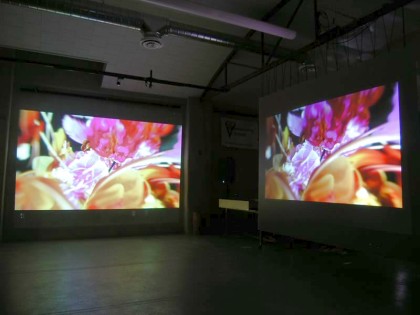 In 1970, Gene Youngblood wrote: “When we say expanded cinema we actually mean expanded consciousness. Expanded cinema does not mean computer films, video phosphors, atomic light, or spherical projections. Expanded cinema isn’t a movie at all: like life it’s a process of becoming, man’s ongoing historical drive to manifest his consciousness outside of his mind, in front of his eyes…. When we’re enslaved to any system, the creative impulse is dulled and the tendency to imitate increases.” (Expanded Cinema, Pgs. 41-42)

Marshall McLuhan’s phrase,”the medium is the message” stated that the characteristics of the medium itself affects societal perceptions, organization, and interaction. The new digital media has changed our lives, ways of seeing, and the speed with which we make choices and interact, in deep, profound, yet mostly unconscious ways. McLuhan warned us of the dangers of global panic, if we fail to understand these new dynamics. 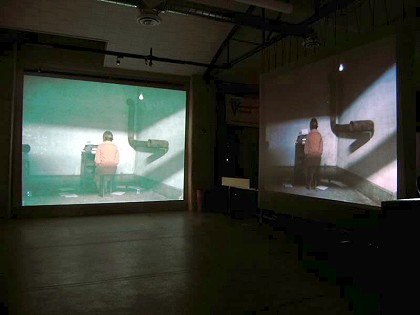 Artists rearrange bits and pieces of experience and re-experience them anew, each time they engage in a creative act. The impact of a work of art results from the complex relationships between the present and the absent, the selected and discarded choices that an artist makes. Viewers are engaged by perceiving relationships between objects, ideas, marks, sounds, images, and events. As Nietzsche saw it, art is a lie that helps one cope with this world of relationships that is beyond truth, lies, or subjective morality.

Contemporary curators and artists have access to a large range of tools, and need to deal with very dense layers of meaning. They are also encouraged or maybe even pressured to take on cross-disciplinary approaches. But it is important to be aware not only of new technological possibilities in the arts, but also of the pitfalls and the seduction of novelty. It seems that most work created at the advent of new technological inventions has difficulty in going beyond the immediate technical capabilities of the medium itself. 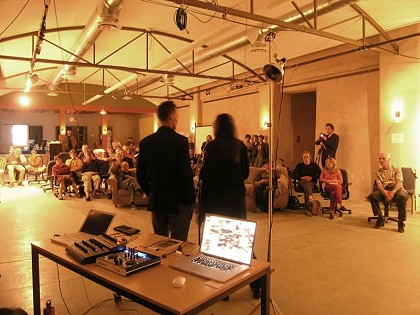 Access to video equipment and software has reached unprecedented levels. DVDs can be easily authored and shipped and URLs can be emailed. Numerous online video channels and social networking sites make global dissemination of video easier than ever before. At the most basic and visible level we have been presented with a whole new world of possibilities. Venues such as Second Life make presentation of ambitious, large scale installations and filming of movies possible, affordable, and accessible. Social networking gives an incredible amount of exposure to the work and the artist. Online video libraries allow curators access to work they would otherwise have no knowledge of.

Manipulated Image provides a venue for artists with a unique voice, and seeks to compare and contrast current movements in contemporary video art. Works of emerging artists are shown alongside the internationally known, scanning across age, sex, religion, ethnicity, nationality, and economic status. With the jumble of voices out there, what remains important for an artist is the making of relevant work in a world cluttered with information.

Manipulated Image strives to show a body of work by each artist, in order to give a better understanding of the artist’s vision. The diversity of the work exposes the audience to the unfamiliar, hoping to encourage and inspire reexamination of the familiar and a fresh outlook. Letting go of preconceived notions is fundamental in understanding the motivational drives of social forces, and the emergence of innovative and constructive dialogues. 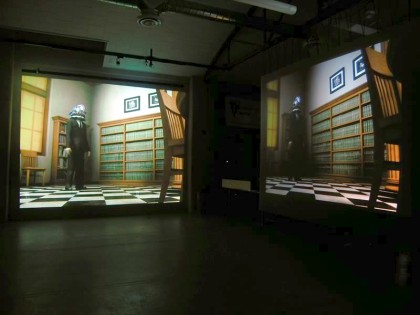 THE FUTURE OF MANIPULATED IMAGE

Manipulated Image’s screenings have gradually become thematic, in an organic way. The earlier screenings were focused on individual artists and were not thematic. October 2009 screening, The Moving Still marked the beginning of the thematic connection where videos by three artists, whose approaches were vastly different, were intrinsically photographic. In December 2009, GUTTURAL! featured artists whose work was physical, performative, or abstract, but raw and uninhibited. 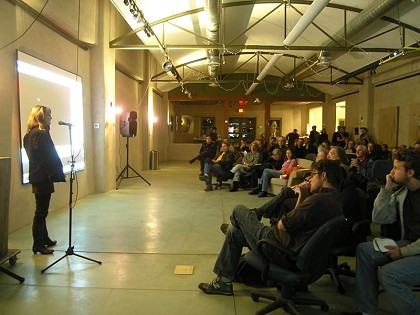 The first year anniversary show of March 2010, For Action’s Sake, considered the confluence of art and politics. Direct and indirect references were made to the role of mass media in the present, and its relationship to Machiavellian and Fascistic politics. A play on words, the title was a reference to “art for art’s sake,” and the failure of Modernism to fulfill its promise of bringing social change. For Action’s Sake contrasted autotelic individuals with those driven by external influences such as power and comfort, who in the end are left unfulfilled and alienated. This event was co-curated by Alysse Stepanian and Wilfried Agricola deCologne, in cooperation with VideoChannel, NewMediaFest’2010: 10 Years [NewMediaArtProjectNetwork]:||cologne.

Currently plans are in the works for “Absence||Presence” “Ausência || Presença,” a collaborative curation with Brazilian filmmaker, Kika Nicolela, to be presented in May 2010 at the Cinematheque of Center For Contemporary Arts in Santa Fe. 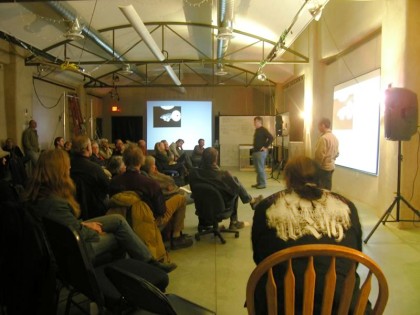 Stepanian sees MI as a global endeavor, not restricted to one location or presentation format, and she looks forward to future international curatorial collaborations and online and offline exhibition venues.

For more more information on past and future shows, see: