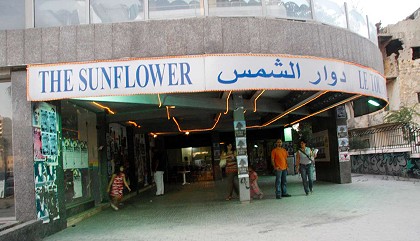 Shams – The Sunflower Beirut/Lebanon is the partner institution of CologneOFF; inviting CologneOFF 2011 – videoart in a global context to be presented during 4 days, 31 August – 3 September 2011 via screenings and installation. 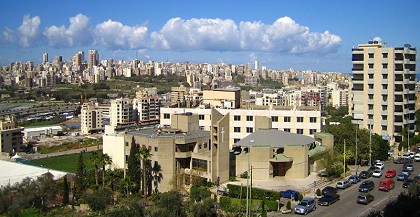 The Cultural Cooperative Association
for Youth in Theatre and Cinema

The artistic and cultural work in Lebanon have to face a deplorable situation due to the deficiency of the institutions, to the deterioration of the private patronage, to the poor conditions of production and diffusion, to the absence or lack of research, of reflection and of exchange and to the almost inexistent places of encounters and debates.

Having a strong background
– through its experience in the “Youth Festival” for the arts of performance and audiovisual, in the workshops (training and Creation) and in the “Saturdays Encounters”

– through its implantation in the universities milieu and in between young artists in Lebanon and
-through its relationship with many Arabic and European institutions the Cultural Cooperative Association SHAMS is founding a Lebanese Cultural Center for Performing Arts: 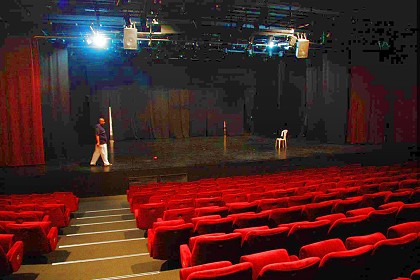 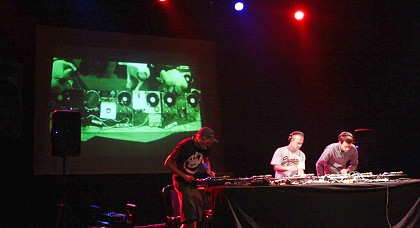  To practice their profession
 To express their ideas
 To discuss their experience
 To develop their knowledge, training and culture

The partners in managing this project:

“KHAYAL” an educational and artistic Association for children
“ICARE” an Academy for students in audiovisual and multimedia
The allied foreign organizations:
“Espace Culture Multimédia” (Marseille)
“Al Mawred” (Brussels)
The Cultural Cooperative Association for Youth in Theatre and Cinema SHAMS

SHAMS is an independent Lebanese Cultural Association whose aim is to organize and produce a variety of artistic activities (including both dramatic arts such as: theatre, mime, dancing, singing, … and audio-visual arts such as video, cinema, and multimedia shows, …) as well as to give the young talents the opportunity to work and develop their knowledge and proficiency.

SHAMS was founded in January 1999 in Beirut (ministerial warrant n° 4/2T – Gazette of 21/1/99).
It has the status of a non profit cooperative association where each production will benefit from a complete artistic autonomy, based on a professional coordination and a common planning, and public relations policy.
The founding team includes graduated artists from different Lebanese Institutes of Dramatic, Artistic or Audiovisual Studies, who are looking to practice their profession and continue their education through research and experience. 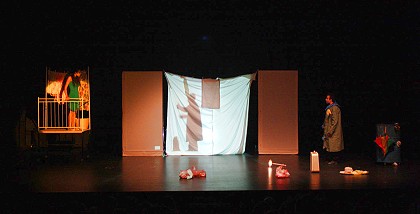 SHAMS Objectives
1- To instigate young creators to make new productions
(In both scenic and audiovisual domains) by giving them modern professional and technical equipment to work with.
2- To ensure continuity and develop exchanges
In a gathering place available for cultural animation where young artists will be able to improve their training, to enlarge their knowledge and to participate to the debate issued from the confrontation of ideas and experiences.
3- To participate in the active Euro-Mediterranean culture
By developing regular exchanges, co-productions and encounters with the local and international cultural structures
4- To create and activate the basis of the cultural progress
Through the establishment of a Documentation Center including a library, a media center, a data base and an audiovisual studio. 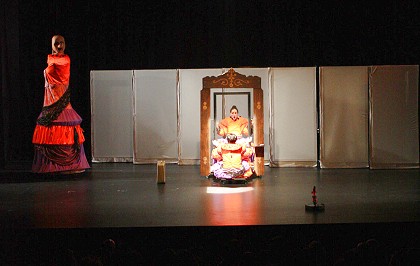 2. Vision of the Association:
1. We aim to create a deeper connection between artists and society to elaborate his socio-economic statue and transform his art from privilege to necessity.
2. Encourage and participate in high level production in purpose to promote non commercial performances especially children’s and young people’s.
3. Enhance the relation between the community and art in order to integrate art in education, psychotherapy, awareness, etc.
4. Work to enhance children’s imagination and creativity through arts.
The “Lebanese Puppet theatre” is the main partner.

3. Résumé
KHAYAL has an ambitious vision regarding youth, and children. Its activities target, directly and indirectly, a wide range of people in order to re-establish the value of art in our after war community and calibrate their senses toward art. Our projects are divided into five sections:
Production – Festival, seminars and socio-cultural activities – Audio-Visual and Multimedia – Workshops and sessions – Researches and documentation

5. KHAYAL members profile
All KHAYAL members are qualified in education and performing art, most of them worked for the Lebanese puppet theatre for many years, and children’s Television program, manage festivals, seminars, workshops, and education. 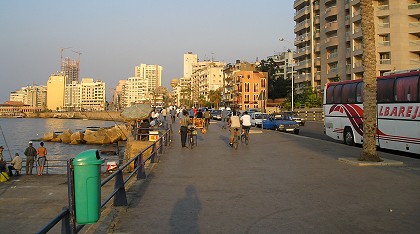